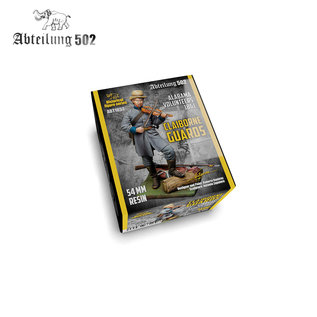 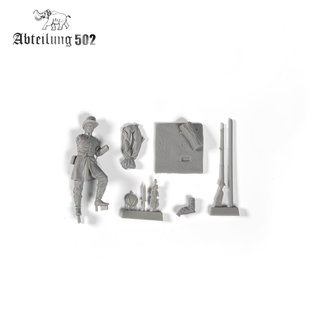 Designed and painted by Roberto Ramirez & sculpted by Antonio Zapatero.

The men enlisted in militia was recruited from the counties in which they lived, as the Claiborne Guards was born in Alabama in 1861.

This regiment wore a classic Confederate grey uniform with dark blue cuffs and collars, and the flag motto was “Citizen Soldier, Liberty’s Shield”.

This company became part of the 2nd Alabama Volunteers in 1862.

Several of the original members of this company rose to become senior officers and were highly esteemed soldiers among the rest of the fighting men.

Enjoy this deluxe edition for collectors and modellers of historical figures.