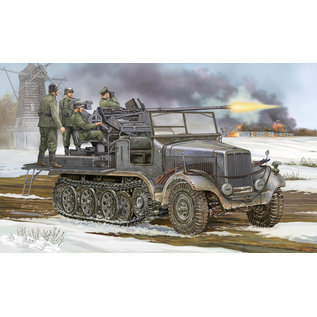 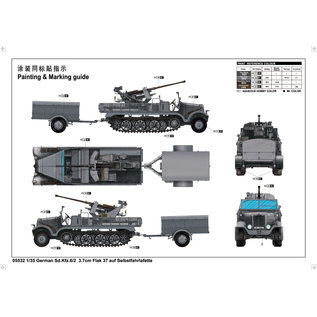 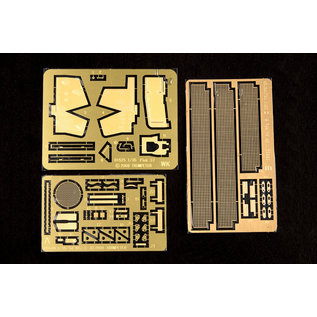 The Sd.Kfz.6 (Sonderkraftfahrzeug 6) was a half-track military vehicle used by the German Wehrmacht during the Second World War. It was designed to be used as the main towing vehicle for the 10.5 cm leFH 18 howitzer. Standard half-tracked vehicle, used for towing various artillery pieces and transporting anything up to fifteen people. Sd.Kfz 6 fitted with a 3.7 cm FlaK 36 gun, sides would fold down to allow space to work on. Crew of seven.However it proved far too expensive and was phased out in 1941 for more economic halftracks. Existing Sd.Kfz. 6's were maintained in the German army afterwards.