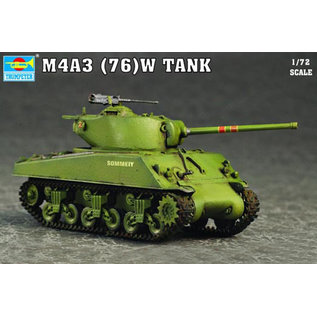 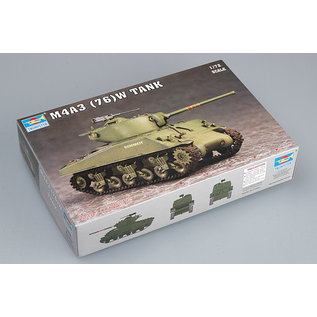 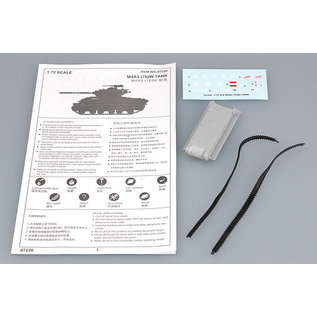 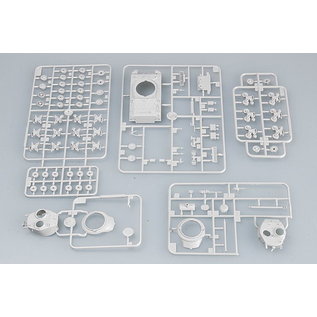 At the heat of WW2, the M4 medium series mounting the 75mm gun are considered to be the best tank around by the US army. When facing with the new German Panther and Tiger tanks even the M4 series needed to upgrade its gun.        The new 76mm M1 tank gun has far better anti armor capabilities and better suit to deal with the more and more heavily armored enemy tanks. The adaptation of the new gun also needed to change to use a new turret, when mounted on the M4A3 chassis and with a new liquid protection system to the ammunition, it was referring to as M4A3 (76)W. The kit contains the VVSS system with raised return roller arms usually associated with these tanks and 2 kinds of road wheels. Road wheels have details on both faces.