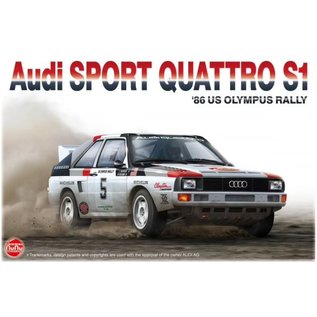 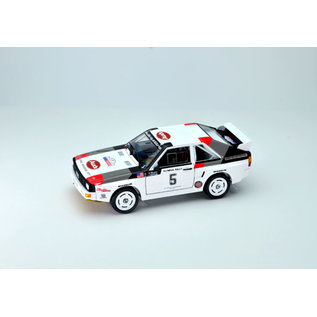 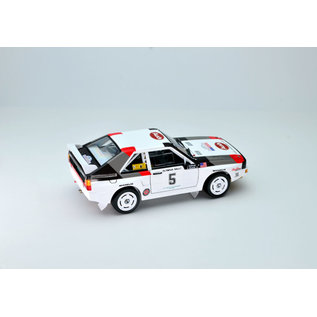 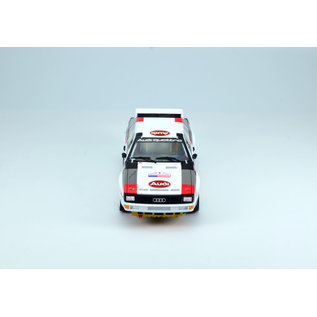 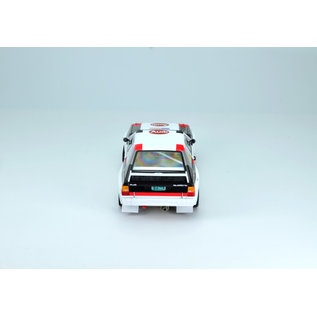 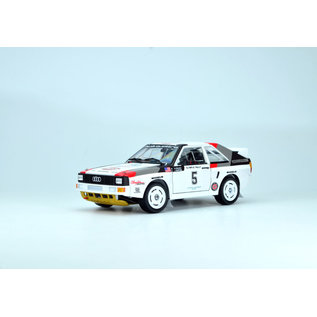 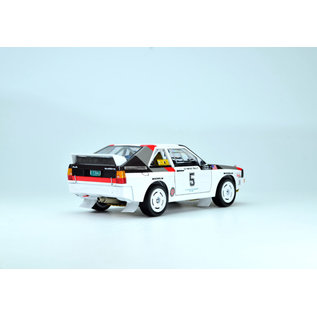 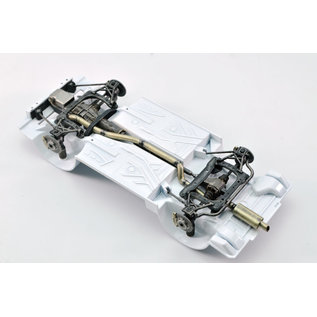 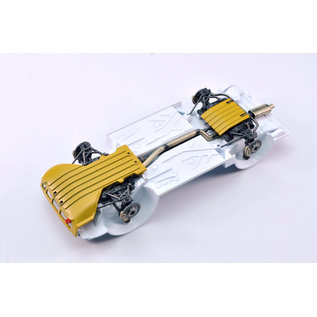 In the first round of the World Rally Championship in January 1981, Audi launched  two works machines to the Monte Carlo Rally. The machine was the first WRC to use a full-time 4WD. Until then, 4WD, which had complicated mechanisms and increased weight, was not suitable for high-speed driving. Even though, Audi was the first who challenged the world by using the high-speed 4WD. Audi Quattro, a 4WD car, was unveiled at the Geneva Show in March 1980. A full-time 4WÐ system equipped with a center differential gear always distributes optimal power to the four wheels to provide maximum grip. The power generated by the in-line 5-cylinder 2144cc turbocharged engine mounted on the front was reliably transmitted to the road surface, creating stable driving. Audi launched the WRC stage in 1981 when it developed a Group 4 rally car that complied with the regulations of the time. First victory in Round 2 Swedish Rally. The following season, Audi became the Constructors Champion in 1982, and the Drivers Champion in 1983.

Rival manufacturers who showed the superiority of 4WD developed 4WD rally cars one after another, when the Group B regulation was issued in 1984 and the number of models required for homologation decreased to 200 units. When the midship 4WD turbocharger equipment was standardized, it was said that its performance would surpass F1 cars at that time. Meanwhile, Audi has also improved its performance more. And the Sport Quattro S1 was announced at the Frankfurt show in the fall of 1983.

The biggest feature was the style that the wheelbase was shortened by 320 mm and the total length of the body was shortened compared to the previous Quattro. The engine is 2133cc, equipped with a turbocharger on a DOHC in-line 5-cylinder 20 valves. Equipped with a viscous coupling type center differential gear, maneuverability was also improved.

Its debut was in the 5th round of the WRC in 1984 but struggled with the structure of the front heavy. The Audi S1 was continuing improvement such as the next 1985 the evolution model S1E2 was improved based on S1 with better weight distribution and large aerodynamic parts. The Audi S1 competed in rally races until 1986. In 1986 December, in the Olympus Rally held in the United States, Americans John Buffam and Neil Wilson did remarkably to finish third. 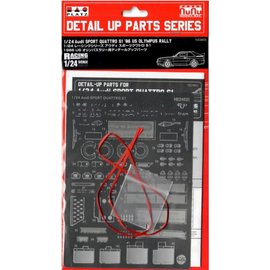