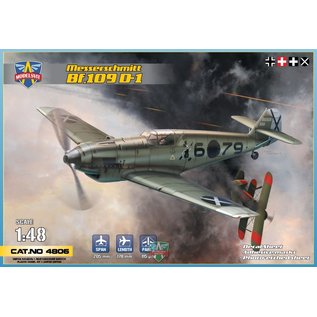 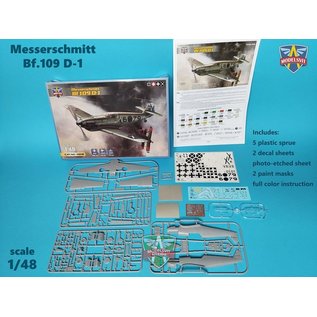 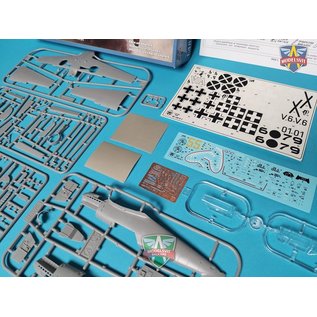 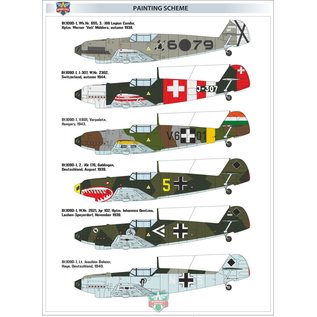 Bf-109 was developed in early 30’s, after  Luftwaffe  command initiated a tender for designing of fighter, having contemporary monoplane aerodynamic scheme. The first batch of 13 experimental airplanes started flight tests in September 1935.

In April 1937, the Bf-109B was adopted as an “initial “modification for serial production.

It’s first batch was delivered to Spain. One year later, deliveries of the next version, named Bf-109C and powered by Jumo 210G engine were launched. Soon after that, modification “C” was followed by the Bf-109D “Dora”, produced in limited edition of 175 airplanes. It was supposed to use the DB-600A engine, but due to the insufficient number of engines, the Jumo 210D was installed instead. The plane received four 7,92 mm MG-17 machine guns - 2 pieces in the wing and 2 pcs in the  nose section of the fuselage.

The Bf-109D was an “intermediate” modification, while designers awaiting enhanced DB-601 engine soon to became available.  In 1939, some of these machines were used as night fighters, while the rest were used primary as trainers. Few pieces were sold to Hungary and  Switzerland.