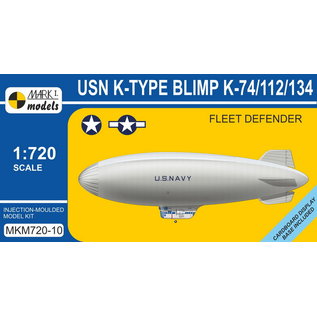 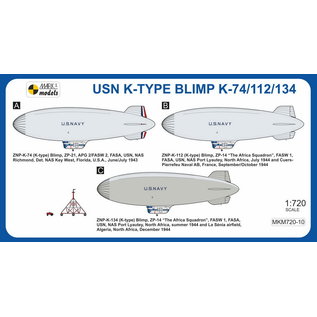 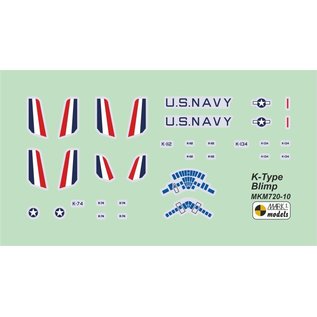 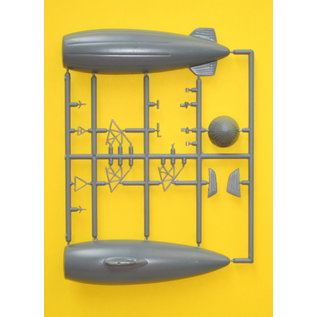 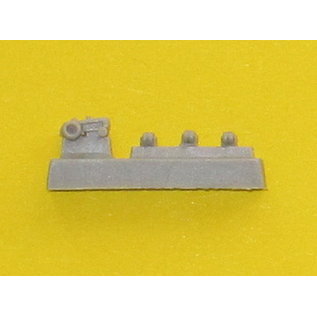 Non-rigid airships (or blimps) were the first types of lighter-than-air craft. Since the turn of the 20th century, they have been employed on a large scale by armed forces and also engaged commercially.

The Goodyear Aircraft Company, the foremost producer of airships in the United States, produced a series of K-class airships which became the backbone of the US Navy’s airship fleet in WWII. Developed from earlier 1930s designs, the prototype ZNP-K-2 first flew in December 1938 and the production was started two years later. A total of 134 airships in four production batches had been built by the end of 1944.

The K-type airship consisted of a fabric covered envelope containing the lifting gas and two internal ballonets. It was fitted with vertical tailfins and horizontal tailplanes with control surfaces. The crew was carried in a control car (gondola), attached flush to the underside of the envelope. It was fitted with a forward firing Browning M2 machine gun while four Mk.47 depth charges could be mounted on two external carriers and in an internal bomb bay. Radar and magnetic anomaly detection (MAD) equipment was also fitted. The ship was powered by two Pratt & Whitney Wasp engines, turning tractor propellers.

The K-type blimps were used for anti-submarine patrols and convoy escorts in both the Atlantic and Pacific Oceans as well as the Caribbean and Mediterranean Seas. Post-war, the Navy’s LTA programme continued, with many ships modified with more advanced electronics, radar search systems and increased capacity envelope. In 1947, the upgraded ships were designated ZP2K and ZP3K and after 1954 they became ZSG-2 and ZSG-3, respectively. The last K-class airship retired in March 1959.