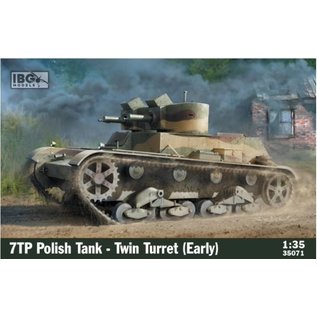 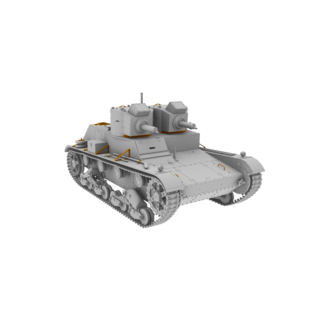 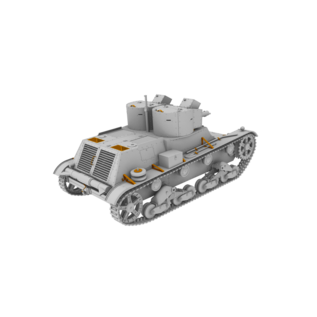 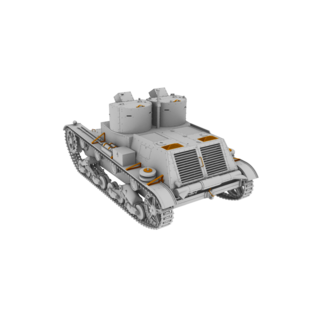 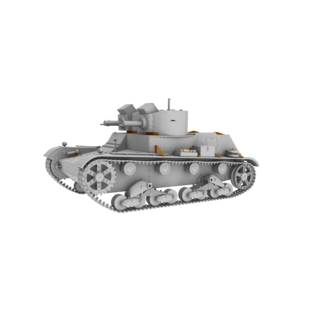 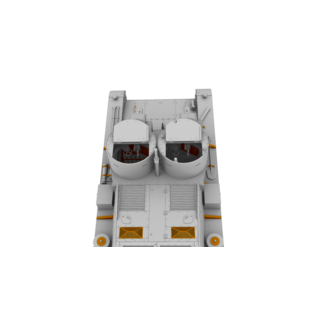 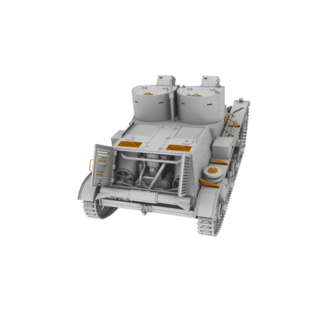 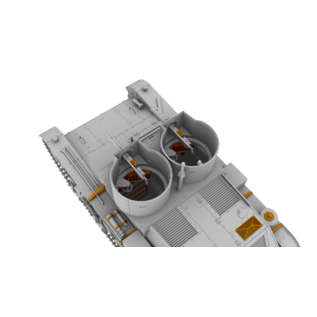 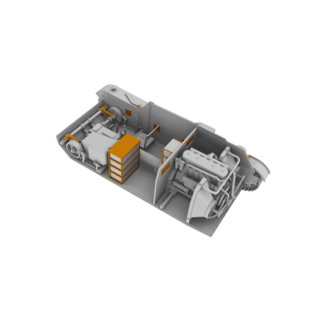 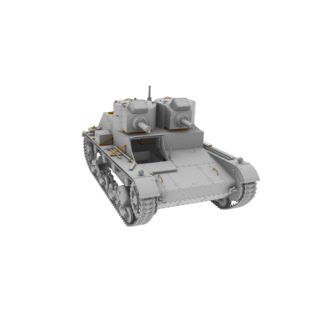 7TP Tank was a Polish development of the British Vickers E tank, produced in Poland under Vickers licence. Main changes to the Vickers construcion were a new diesel engine (it was the first tank in Europe and one of the first in the world to use this kind of propulsion) and thicker armor. Serial production started with a small number of twin turret tanks, armed with a wz. 30 machine gun in each turret, and was soon switched to the main variant – the single turret version armed with 37mm Bofors anti tank gun and a wz.30 machine gun. Majority out of 132-134 tanks produced were equipped with the single turret.

Both single and twin turret versions were used by Polish Army during the defence war of September 1939. Despite some construction flaws they have proven to be an effective weapon, a fair match to the German Pz.Kpfw. II, a tank of similar weight and purpose. An uncertain number of 7TP tanks was captured by the German Army and adopted as Pzkpfw 731 (p) 7TP.