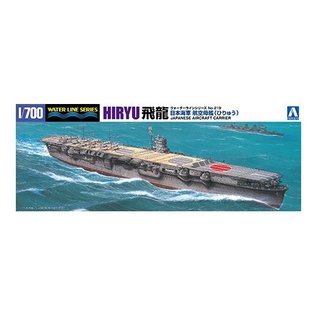 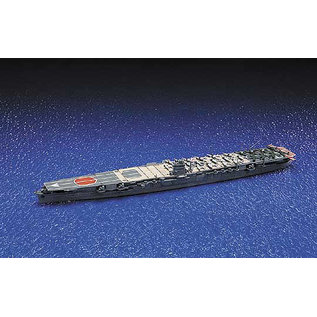 Aircraft carrier Hiryu was commissioned on July 5, 1939 at Yokosuka Navy Arsenal. Displacement was 17,300 long tons, with a speed of 34.4 knots. After completion, she was assigned to the Second Carrier Division along with her sister ship Soryu. On 1940, Hiryu was on a mission in Southern China, but entered training from spring 1941 as part of the combined fleet with aircraft carriers Akagi, Kaga and Soryu. On December 8, Hiryu and the combined fleet attacked Pearl Harbor, starting the war in Pacific. After Pearl Harbor, Hiryu participated in missions in South Pacific and Indian Ocean. On May 1942, Hiryu headed to Midway with the combined fleet for another large-scale attack. After a decisive battle, IJN damaged and sank USS Yorktown, but lost 4 aircraft carriers. Hiryu, last of the 4 aircraft carriers was sunk on June 5, 1942.