SOLUTION BOX BARE METAL AIRCRAFT will guide you through the complete painting and weathering process for bare metal aircraft subjects from any era. 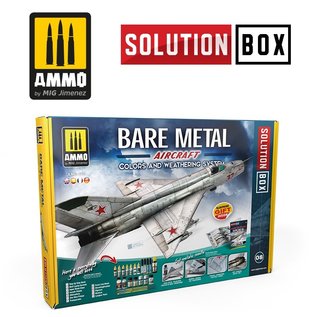 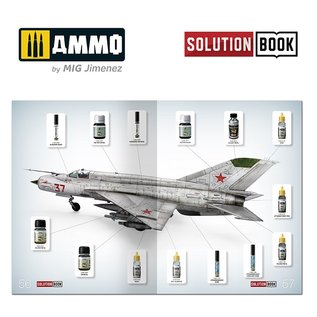 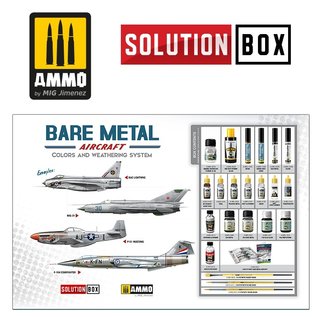 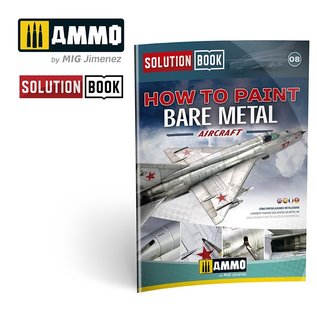 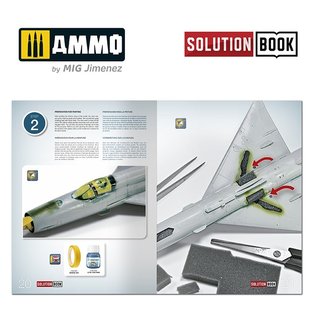 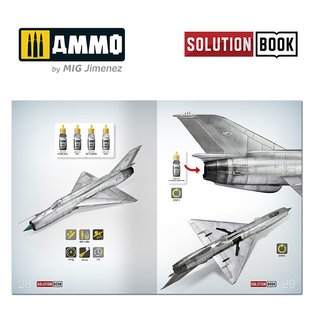 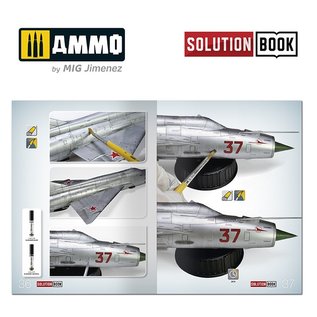 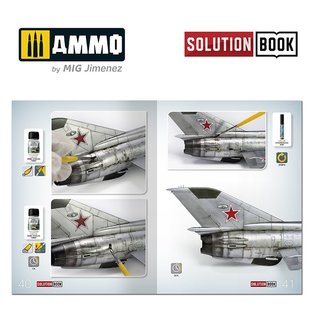 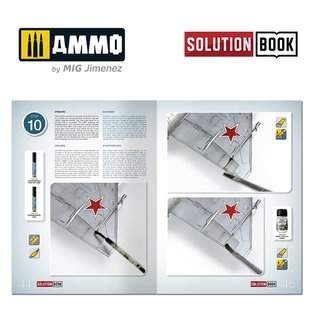 Many aircraft throughout the history of aviation have been flown entirely or partially in their bare metal skins. These iconic aircraft include the P-51 Mustang, P-38 Lightning, B-29, Ju-52, F-86 Sabre, F-104 Starfighter, BAC Lightning, and most post-war Soviet aircraft, such as the MiG-15, MiG-17, MiG-19, MiG-21 and the famous Tu-95 “Bear” and Tu-142 bombers. These are just a few well known examples; the list of combat and civilian aircraft featuring bare metal surfaces is almost endless. Simply grab your favourite model and start painting without further delay!

Included are all necessary paints, weathering products and brushes, as well as the valuable resource How to Paint Bare Metal Aircrafts Solution Book which walk you through the finishing process with step-by-step tutorials in four languages (English, Spanish, French, and German).