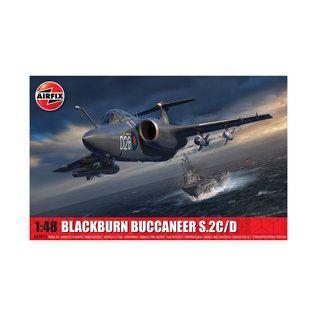 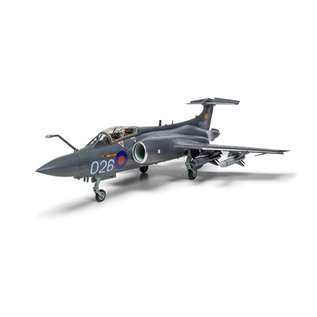 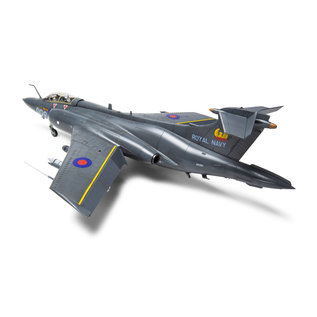 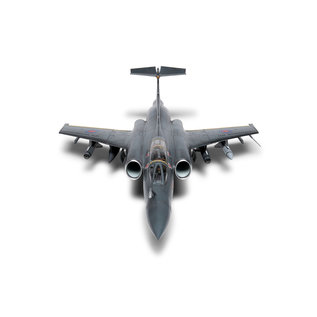 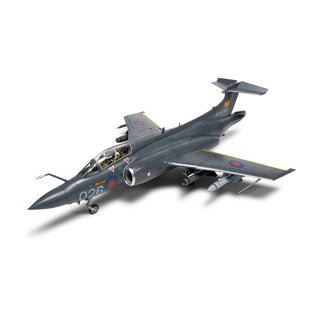 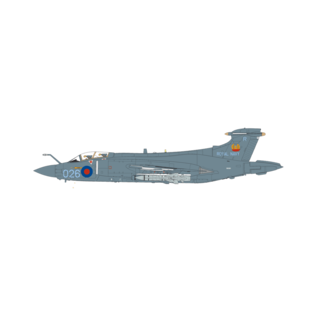 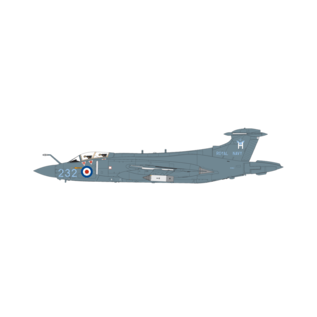 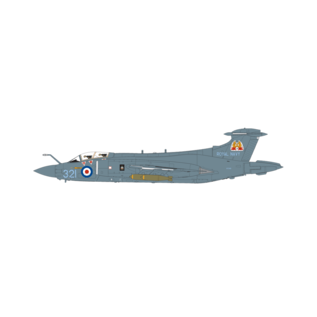 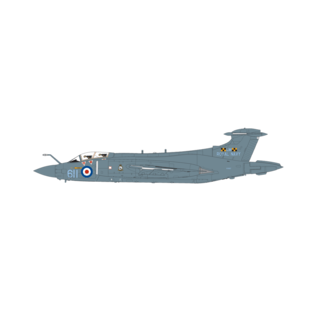 A mighty naval strike aircraft which can trace its origins back to Britain's response to a massive naval expansion programme by the Soviet Navy in the 1950s and the introduction of their Sverdlov Class Cruisers, the Blackburn Buccaneer was designed to have exceptional low altitude performance and the ability to effectively neutralise this new naval threat. Required to operate from the relatively confined space aboard one of Britain's aircraft carriers, this subsonic strike jet was the most capable aircraft of its kind in the world and a real triumph for Britain's aviation industry - it also happened to be the heaviest aircraft ever operated by the Royal Navy.

In order to allow its effective operation at sea, the Buccaneers design not only included the ability to fold its wings, but also the nose (radar housing) and rear speed brake could be folded back and split open respectively, allowing for more effective carrier stowage, whilst maintaining the aerodynamic integrity of the aircraft. Entering Royal Navy service in July 1962, there were no two seat trainer versions of the Buccaneer, so even though the pilot would have had the benefit of several flights as a back seat observer in the new aircraft, his first flight as pilot would therefore be his Buccaneer solo. Thankfully, the Blackburn designers included many hi-tech automated features in the Buccaneer's roomy cockpit, all of which were intended to reduce pilot workload.

There is something aviation enthusiasts find particularly fascinating about the operation of aircraft at sea and the intrepid aviators who flew aeroplanes from the heaving decks of aircraft carriers under steam, particularly when aviation entered the jet age. The unforgiving nature of these operations dictated that naval aircraft had to be extremely tough, in addition to being capable of carrying out the mission for which they were required, attributes the Blackburn Buccaneer possessed in abundance.

The introduction of the S.2 variant of the aircraft in late 1965 saw a major upgrade of the Buccaneer's capabilities, but centred around the adoption of a new powerplant, the famous Rolls Royce Spey turbofan. Possessing greater thrust and increased range, the Buccaneer S.2 was an even more capable naval strike aircraft and one which must have struck fear into the hearts of every Soviet naval commander. With its increased power, the S.2 was now able to land back on its home carrier with one engine shut down if required, but still having enough thrust to safely go around again, should the aircraft fail to catch the arrestor hook.

The Buccaneers of No.800 Naval Air Squadron were famously involved in the destruction of the stricken oil tanker Torrey Canyon, off Land's End in March 1967, as the government attempted to avert an environmental catastrophe by breaking open the vessel and burning its flammable cargo. Operating from RAF Brawdy, eight Buccaneers from No.800 NAS dropped 42,000 lbs of high explosive bombs on the tanker, achieving an impressive 75% success rate.