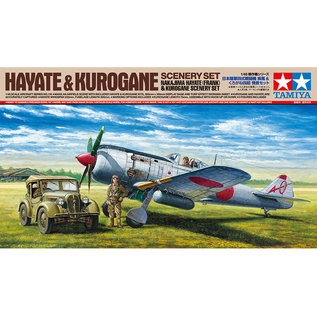 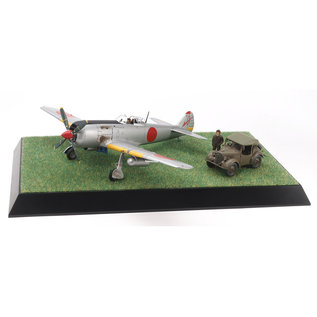 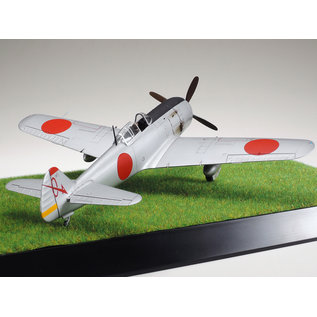 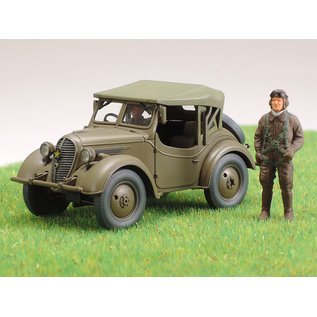 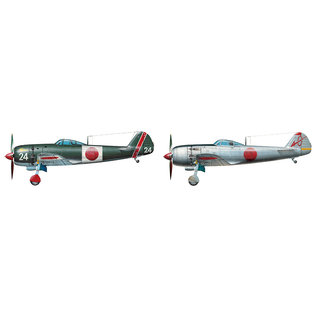 Delivered to Imperial Japanese Army air units from April 1944, towards the end of the war in the Pacific, the Hayate was largely used in the interceptor role, taking on B-29 bombers and carrier-based attackers. The Type 95 Kurogane, meanwhile, is said to have been the world's first practical 4WD vehicle, and was a 3-seater was manufactured for military use from 1937, powered by a 1,400cc air-cooled engine that produced 33hp. The front wheels employed independent suspension, while the rear was a leaf-sprung setup. All told, around 4,800 were manufactured between 1935 and 1944, and they served the Japanese military through China, South-East Asia and in various areas in the conflict throughout the Pacific.
Both of these subjects are recreated with accuracy and efficiency, making them an ideal choice for beginner and veteran modelers alike. Also included is a handy base to make your own diorama on, plus a sheet which realistically depicts a grassy surface.