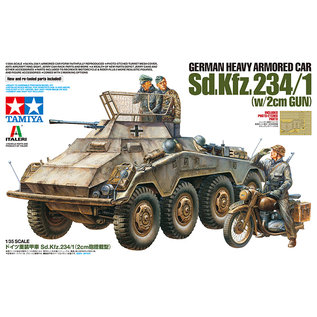 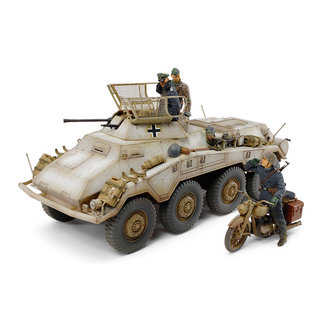 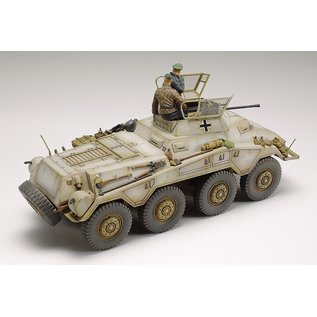 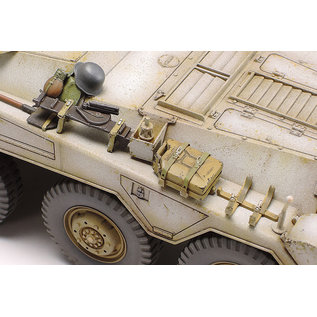 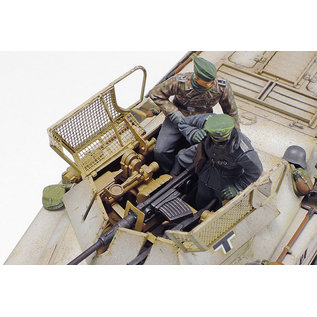 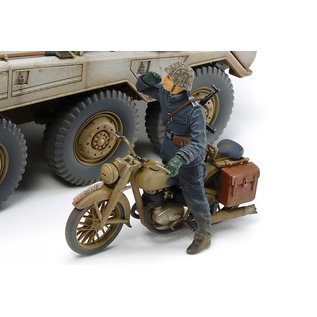 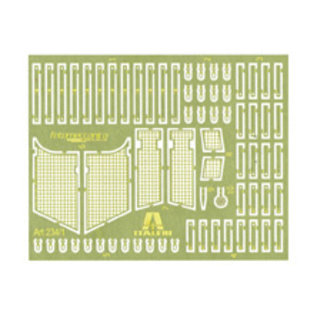 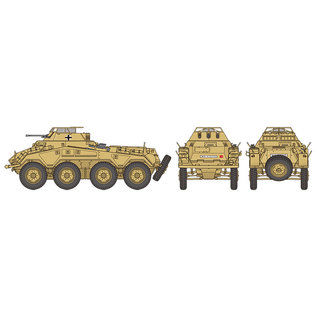 Among the four variants of the Sd.Kfz.234/1 8-wheel armored car, the 2cm gun-toting 234/1 was the first designed, ahead of other 5cm and 7.5cm gun models. The flat-panelled armored car was fitted with a 210hp diesel engine that provided a top speed of 80km/h, and a 1,000km range; combined with superior 8-wheel drive traction, the vehicle featured a rear seat position to allow speedy getaways. The 2cm gun was fitted in an open turret with co-axial 7.92mm machine gun, and a maximum elevation of 70 degrees gave the crew a chance of shooting down enemy aircraft. The roughly 230 produced in the last year of WWII from March 1944 saw action in reconnaissance units on all fronts as the conflict moved towards defeat for the Axis forces.

The latest release in the Tamiya-Italeri series is this model of the 8-wheeled German armored car Sd.Kfz.234/1. The Sd.Kfz.234 series was a highly successful 8-wheel drive armored car design that was equipped with a 210hp engine. Four variants of the vehicle were produced, with the 5cm gun-equipped 234/2 "Puma" (recently released as Item 37018) first to see action. It was followed by the 234/1, which featured an open-top turret and lighter 2cm gun. Like other recent releases in this series, this kit receives a release not only with Tamiya figures,
decals and other parts, but also with updated molding to correct omissions and add detail to the original Italeri model, as well as a streamlined assembly process.