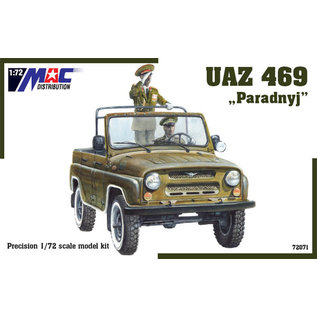 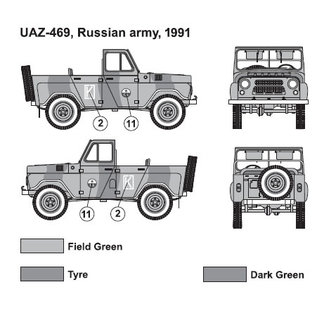 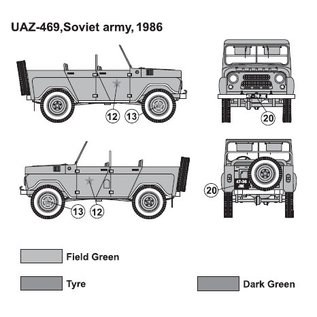 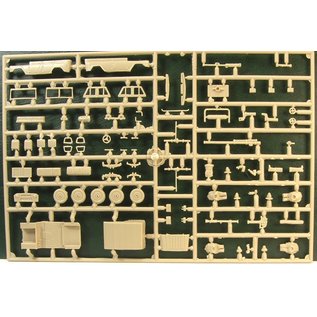 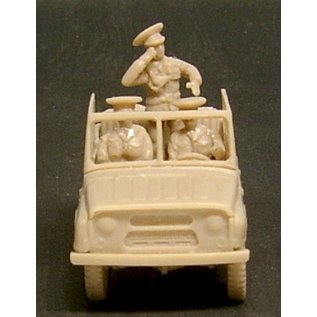 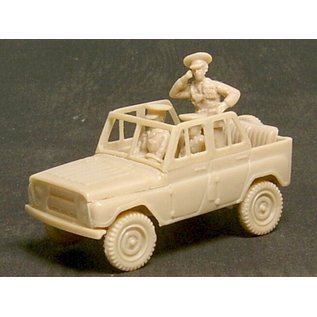 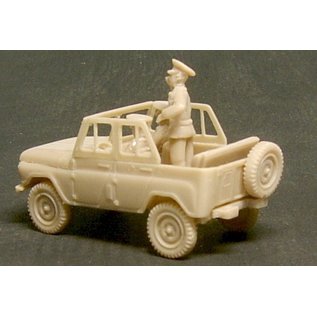 The UAZ is one of the most important off road 4x4 vehicles. The UAZ 469 was the only Russian car to obtain an enough good success in the Western market and it's worthy to have an important place in the 4x4 history, like the "rival" Jeep and the British Land Rover.

The UAZ (Ulyanovskiy Avtomobilnyi Zavod, that means Automotive Factory of Ulyanovsk) was founded in the 1941. The first activity of the UAZ was the production of ZIS and GAZ lorries
under license.

The UAZ 469 was also produced in the China, by the Beijing Jeep Corporation. It was different in the coachwork, but very similar in the mechanical part, and produced (above, the brand). The Beijing 212, like the UAZ 469, was presented in the early '60s, and produced after some year. The base is the same of the "469" (same 2500 cc. engine, four cylinders), but even simpler than the UAZ: until the early '90s, the gearbox was still with only three speeds.

Between the late '80s an the early '90s, the UAZ factory realized a new military prototype to replace the legendary "469": the "3172". The engine was the same of the "469", but with a displacement of 2900 cc, boosted to 103 hp. The suspensions were with helic springs, and not with the leaf springs of the old model. Intended for a massive production, this vehicle passed the last pre-production tests in 1993, but the crisis of the Red Army -main committent of the Ulyanovsk factory- stopped the new project.

In the Czechoslovak Army UAZ 469 served for many years. Now in the Czech Army UAZ 469 is repaced by degrees by Land Rover Defender car. UAZ 469 is still served in many countries of all over the world: the states of the former Warshaw Pact, Finnland, Croatia, Syria, Iran, Iraq, Egypt, Jemen, Afghanistan, Vietnam, Laos, Mongolia, Korea, Etiopia, Angola, Mosambic, Cuba, Nicaragua, Cambodia.