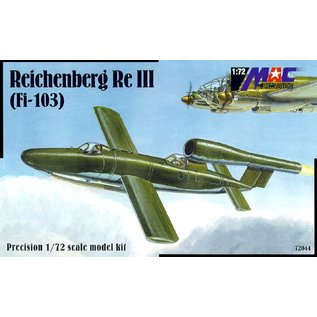 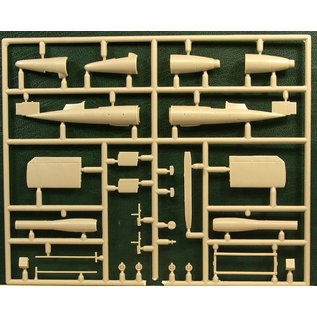 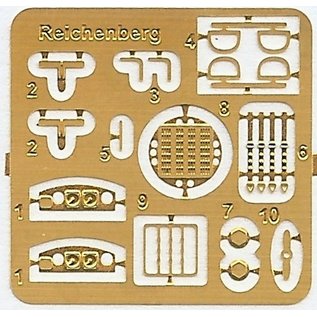 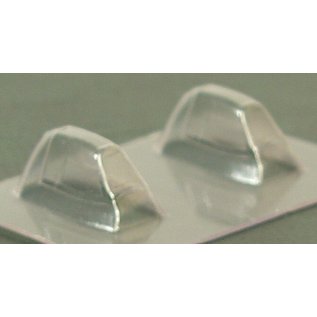 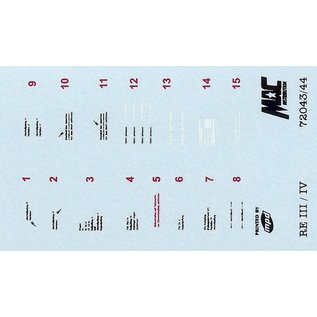 €16,95 * Inkl. MwSt. zzgl. Versandkosten
Lieferzeit: 2 - 5 Werktage
Marke:
MAC Distribution
In action, the Fi 103 was not a very accurate weapon. Before launch, the gunners would set the Askania gyroscopic autopilot, then the launch ramp in the general direction of the target, then launch the missile. It was found that the vibrations caused by the exploding fuel mixture would effect the autopilot, causing deviation, reducing the accuracy a great deal. Because of the rather crude method of calculating the impact point by the numbers of revolutions of a small propeller, the Germans could not use the V-1 as a precision weapon.

Because, to same, it was seen that the Fi 103 was a rather inaccurate weapon and prone to interception, the proposal to include a pilot was put forward. The leaders of this proposal were three famous personages. The first was Flugkapitän Hanna Reitch, famed female test pilot, the second was SS-Hauptsturmführer Otto Skorzeny (?) and the third was Hauptmann Heinrich Lange. The result of their idea was that Deutsche Forschunginstitut fur Segelflug (DFS) was given to go-ahead to develop plans for the manned missile. The main candidate, the Messerschmitt Me 328 would never amount to operational status, and the manned version of the Fi 103 was chosen. Given the code name Reichenberg, in a short time, four different models of the Fi 103R had been built and put under test.

Reichenberg 1 (Fi 103 Re I) was the unpowered test model. Under the fuselage there was a little skid as an undercarriage. The first flight was made in the end of August or beginning of September 1944.
Reichenberg 2 (Fi 103 Re II) was the two-seat gliding plane without engine. It featured dual controls. There were not any photography of this plane and its existence is controversial.
Reichenberg 3 (Fi 103 Re III) was the two-seat advanced trainer with functional engine. It also featured two cockpits. The plane certainly existed and flew.
Reichenberg 4 (Fi 103 Re IV) was the final operational model with the warhead. Reichenberg 4 was launched from He 111 bomber. During the final terminal dive, the pilot had to open the canopy and bailed-out. But the chance of survival for the pilot was poor.

There were built about 170 machines of all versions of Reichenberg missile.