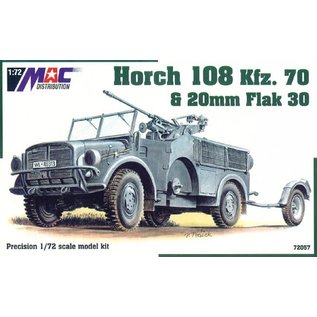 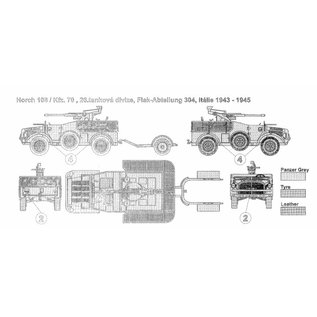 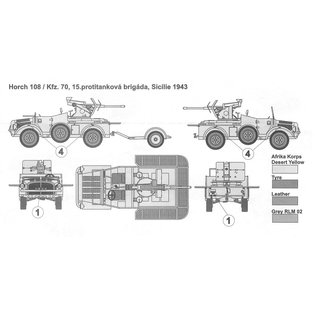 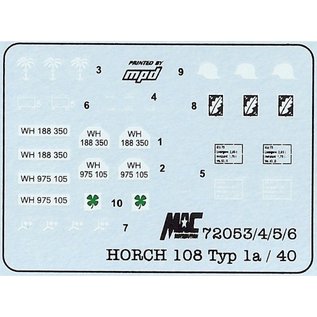 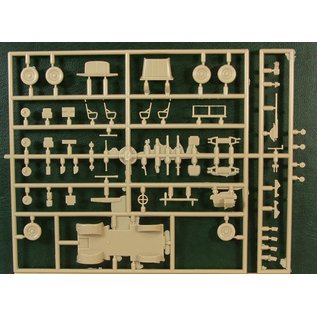 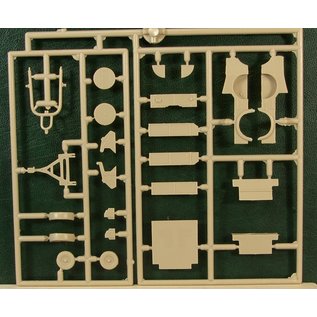 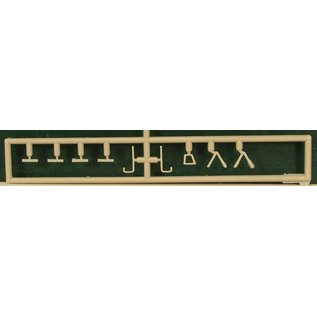 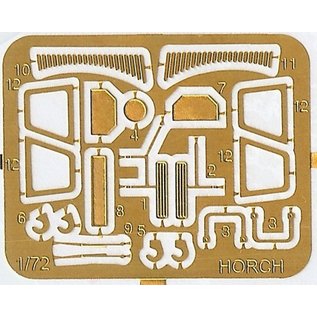 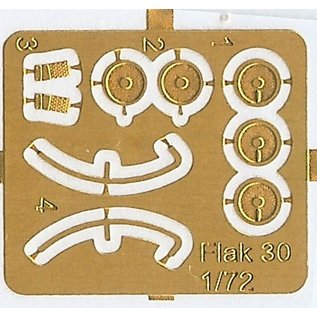 German army started in the mid 1930s the programme to provide the Wehrmacht with off-road vehicle on a standardised type of chassis (Einheist). The heavy category was reserved for cars determined by 3000 cc engine capacity or over. The main producer of these vehicles in Germany there were the Horch-Auto Union. Cars of this type on the standardised chassis were Horch was perfect engineered. A streaking feature was the steerable rest axle which made the car very good manoeuvrable, but unfortunately there was complicated. In the otherwise similar vehicle - Horch 1b of 1940, this feature was dropped in favour of a conventional rest axle.

The personnel carrier body (Kübel) was in pressed metal with spare wheel recesses at detachable doors. The eight cylinder V8 Auto Union/Horch 108 type engine was of 3823 cc capacity and gave 81 HP at 3600 rpm. The gearbox gave five forward speeds and reverse. Length of the vehicle was 4850 mm and completed loaded weight was 4300 kg. Wheel arrangement was 4x4. Maximum speed on the road was 90 km per hour.

The actual production period of the standard chassis was short, from 1937 to 1940, though the vehicles remained in service throughout WW II on all theatres, where German fought. In the Wehrmacht's ordnance inventory was designated as Kfz 69, AA modification as Kfz 81. There were many different modifications of this vehicle.

Because cars served throughout WW II, there were applied all variants of German camouflage. In Europe there was Panzer Grau (RAL 6006), while in Africa there was Sand. Panzer Grau was later replaced by Dunkelgelb (RAL 7058) with green or brown mottles.