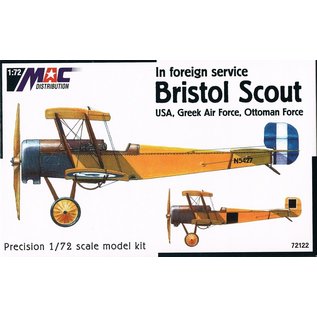 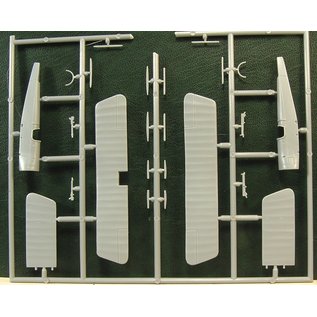 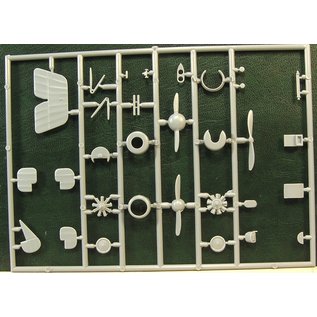 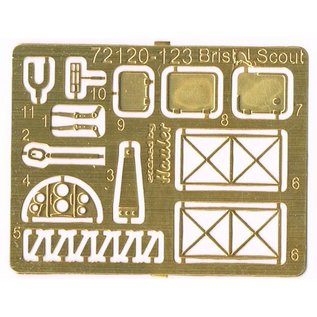 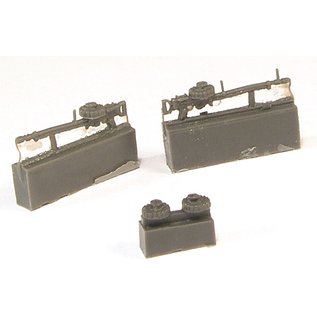 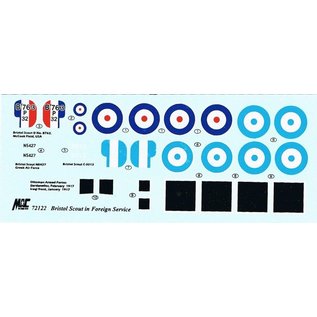 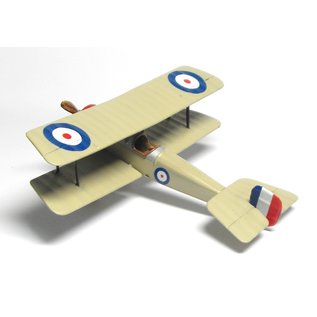 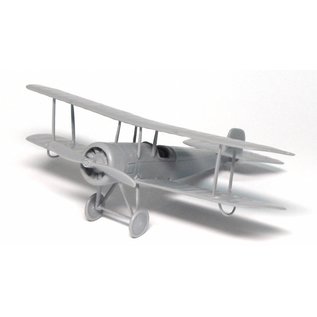 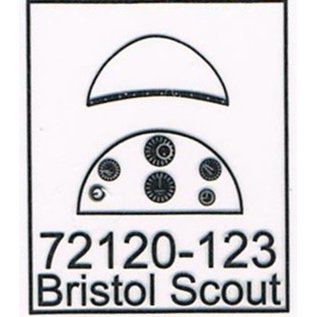 The Bristol Scout was a simple, single seat, rotary-engined biplane originally intended as a civilian racing aircraft. Like other similar fast, light aircrafts of the period - it was acquired by the RNAS and the RFC as a 'scouť or tast reconnaissance type. In fact it was one ot the first singleseaters that were used as fighter aircraft.

The first prototype of the Bristol Scout series was first flown on February 23, 1914. It was fitted with the 80 hp Gnome Lambda rotary engine.

Two Scout B planes were identical to the modified Scout A type with the 80 hp Le Rhóne rotary for power. It had some differences, e.g. half-hoop-style underwing skids and a widened rudder surface. The Scout C type plane was similar to the previous Scout B. It was first ordered by the British government in a 12 aircraft production batch for the Royal Flying Corps (RFC) and in a 24 aircraft production batch for Royal Naval Air Service (RNAS).

Later Scout C production batches, comprising 50 aircraft built for the RNAS and 75 for the RFC, had a modified cowl, rudder and other detalls.

The last and the largest production version was the Scout D. Some 210 examples ot the Scout D were produced. 80 ot them were delivered to the RNAS and the other 130 to the Royal Flying Corps. Scouts D series had larger rudder and a large front opening forthe cowl. The more powerful, nine cylinder 100 hp Gnóme Moriosoupape rotary engine was used to improve its performance.

The period of service of the Bristol Scout (1914 to 1916) marked the genesis of the fighter aircraft as a distinct type and many of the earlierst attempts to arm British "tractor" aircraft with weaponry were tested in action using Bristol Scouts. lt was used by the first British fighters pilots. Some ot them were so called air aces. An ace is a military airman credited with shooting down five or more enemy aircraft. The term ace oríginated In World War I when French newspapers described Adolphe Pégoud as an ace after he shot down five German pianes.

Lanoe George Hawker was the first ace of the British Commonwealth. Hawker, with help from an air mechanic Ernest Elton devised a mount for attaching a Lewis gun to the Bristol Scout In June 1915. While testing his invention he chased ott one German aircratt and drove down two others. For this action he was awarded the Victoria Cross, as the first pilot for aerial combat. Hawker was kílled in one ot the longest dogtights of the war. On he engaged an Albatros 0.11 behind German unes In his Airco D.H.2 fighter. After haif an hour dogfight he was shot down by Manfred von Richthofen.

A well known prewar aviator Charles Gordon Bell was an experienced and aggressive pilot when he joined the Royal Fiying Corps in 1914. As the highest scoring Bristol Scout pilot ot the war, he was posted to 10 Squadron and claimed 5 victories In 1915 betore his iii health forced his return to England. He was killed during atest flight in 1918.

Albert BalI was the first British ace idolized by the public. In October 1915 he was granted the Royal Aero Club Certificate and immediately requested to be transferred to the Royal Flying Corps. In February 1916 he joined No. 13 Squadron RFC at Marieux In France, flying a single seat Bristol Scout. There he scored his tirst aerial victory on 16 May when he drove down an Albatros C. He continued flying on Nieuports 16, 17 and SE 5 fighters. He shot down 43 enemy planes and one balloon. On the evening ot 7 May 1917 near Douai, Albert Bali was Iast seen by his fellow pilots pursuirig the red Albatros D.IlI ot Lothar von Richthofen. Albert BalI, who was oniy 20-years-old at the time of his death ‚ was awarded the Victoria Cross.