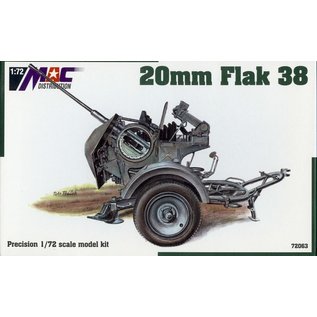 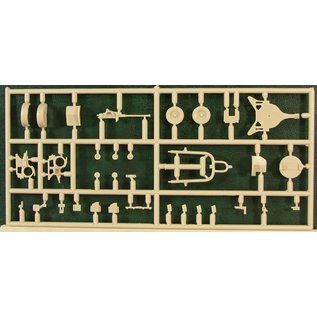 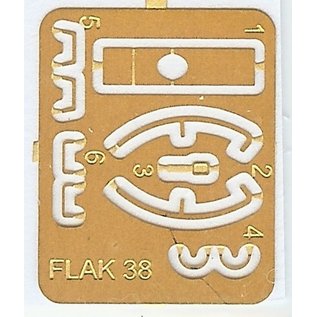 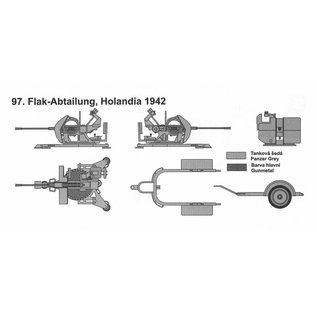 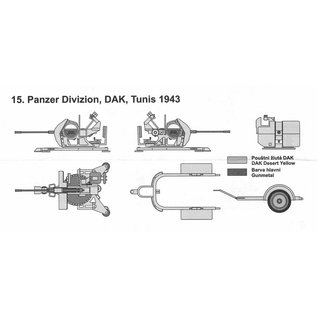 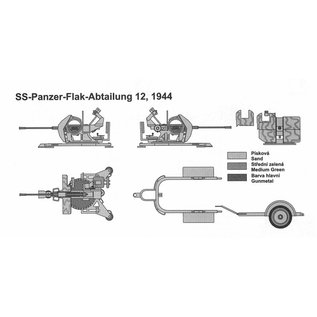 The 2 cm Flak 38 was developed from the earlier FlaK 30 which had seen service in the Spanish Civil War. FlaK 38 fired 420 rounds per minute, compared to only 280 rounds for the FlaK 30. The increased rate of fire made a difference in anti-aircraft fire where a low-flying target could only be engaged for a brief moment. The weapon shown here is a single-barreled version of the FlaK 38, which was also available as a FlaK-Zwilling with two barrels, and a FlaK-Vierling with four barrels.

The FlaK 38 was being towed by an Opel Blitz truck. In an emergency, the weapon could be fired from its u-shaped trailer, although it took only seconds to pull the locking pin and let the gun platform slide onto the ground. Apparently, there are pictures of the FlaK 38 on a low carriage for use as an anti-tank gun by Deutsche Afrika Korps and Volkssturm units. It is very likely that this gun had substantial anti-tank capabilities or at least stocks of good ammunition to commend it for that role.