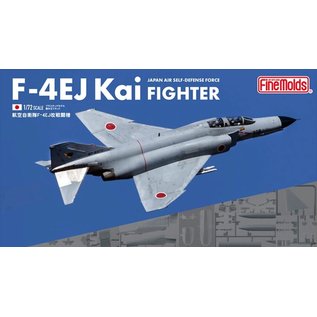 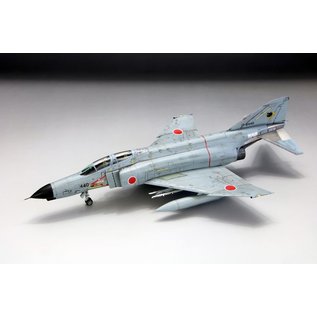 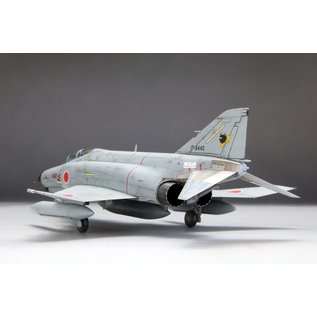 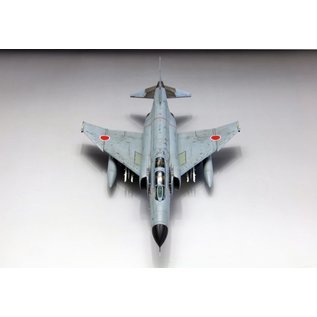 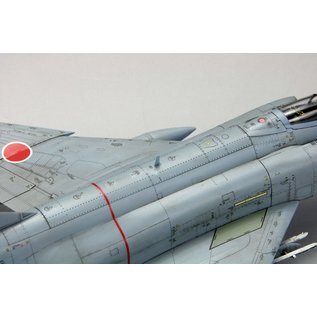 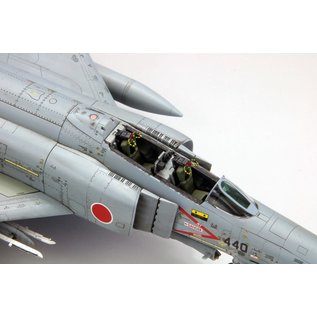 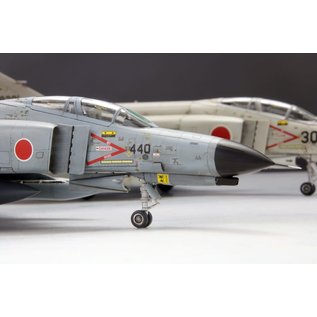 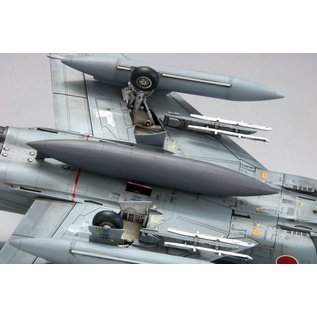 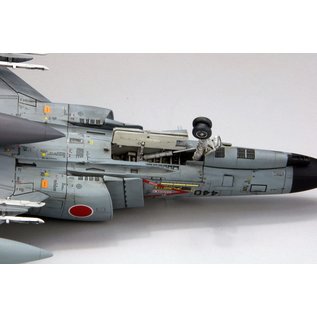 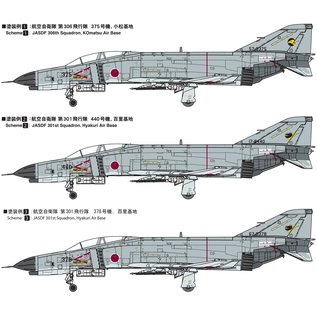 Completely new mold for 2020. The F-4EJ “Kai” is a type that has been modified for the purpose of further improving the performance of the F-4EJ and prolonging the life of the aircraft. Renovations centered on electronic devices have been made, and various antennas and aiming devices have been changed accordingly.
In this product as well, each part different from these F-4EJ has been reproduced separately. The instrument panel inside the cockpit, which is a particularly important difference, is reproduced with special parts. We have prepared parts that reproduce the shape of the instrument by engraving and an unengraved instrument panel that makes it easy to attach decals. In addition, we have considered the ease of assembly, such as the design of the parts division and the number of parts that have been reduced as much as possible while performing precise reproduction. Marking is attached to No. 375 of the 306th Squadron and No. 440 (commonly known as Shimaru) of Hyakuri Base, which is also the final production machine of the F-4 fighter.

★ Completely new mold for 2020.
★ The form is three-dimensional based on the latest evidence.
★ The central part of the fuselage is integrally molded with a slide mold.
★ The conspicuous parts division line is divided by the panel line as much as possible.
★ The inside of the cockpit and other details are precisely reproduced by laser engraving.
★ The small holes lined up in the splitter vanes are also reproduced by engraving.
★ Reproduce the difference between EJ and EJ Kai.
★ The inside of the heat exhaust hole in the abdomen of the aircraft and the inside of the leg storage are also precisely reproduced.
★ The canopy can be opened and closed. The closed canopy is a separate part.
★ The horizontal stabilizer is designed so that the mounting angle can be easily and accurately fixed.
★ The heat-resistant plate on the tail is a separate part. Can be assembled after painting.
★ Overall length about 266 mm, total width about 164 mm, total height about 69 mm
★ Number of parts 156 points + decal

Three types of markings are included. Unit 440 is the final production of the F-4 fighter.