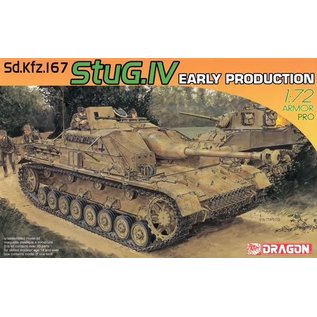 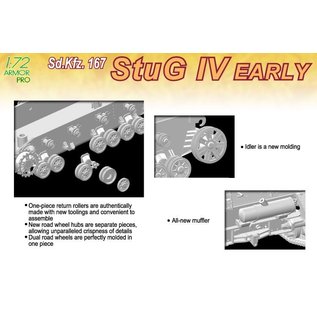 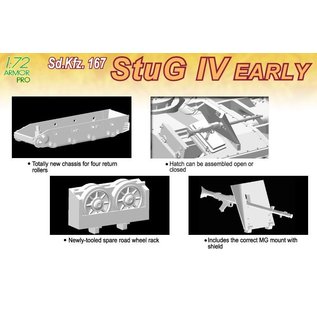 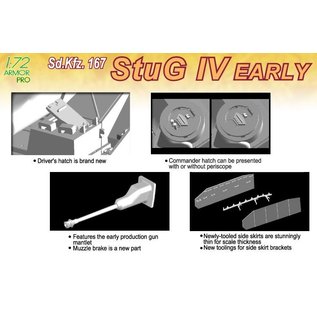 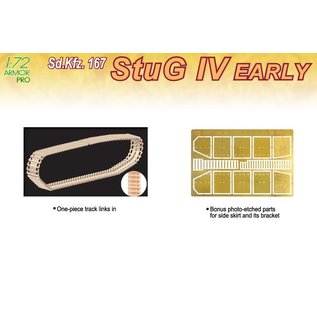 - photo-etched parts for sideskirts and their brackets
- decals by Cartograf

About the StuG IV:
Sturmgeschütz is a German word for "assault gun", abbreviated StuG. They were widely as fire support to infantry, panzer and panzergrenadier units. The vehicle was essentially a tank chassis with a gun, usually a long-barreled 75mm, mounted on it. Due to it not having the gun mounted in a turret, it afforded the crew more space but limited the traverse of the gun, requiring the whole vehicle to turn to aim at a target most of the time. Throughout World War II, especially later in the war, Germany produced more assault guns than tanks, because they were cheaper and quicker to produce due to the lack of a need to put in a revolving turret and the complex machinery, and were almost as effective as tanks. They also provided a use for obsolete tank chassis, most assault guns being mounted on Panzer III and Panzer IV chassis, producing the StuG III and StuG IV, respectively.