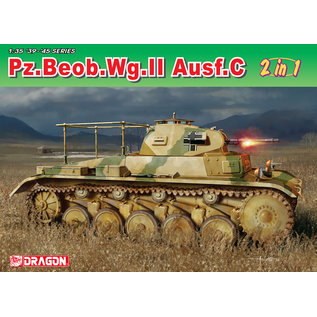 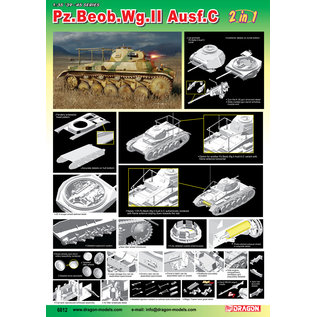 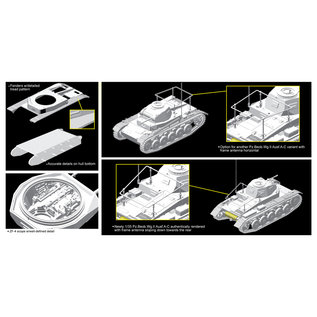 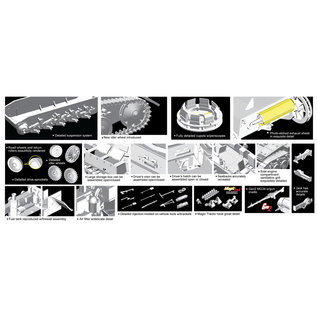 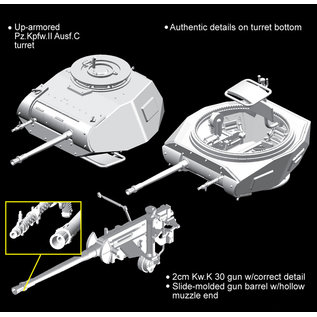 The Panzer II was widely used in early campaigns of WWII such as the invasion of Poland, the Low Countries and France. The main armament of most Panzer II variants was the 2cm Kw.K30 L/55 cannon and a coaxial MG34, although the main gun was ineffective in the anti-tank role. One interesting conversion of the Panzer II was to use it as an artillery observation vehicle (Beobachtungswagen). The armament was retained, and its most obvious external recognition feature was the fitting of a frame antenna on the rear deck. These Pz.Beob.Wg vehicles were successfully used in the target acquisition and artillery fire observation roles primarily with self-propelled gun units.