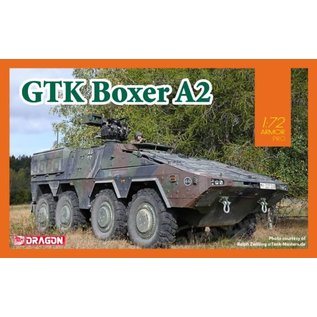 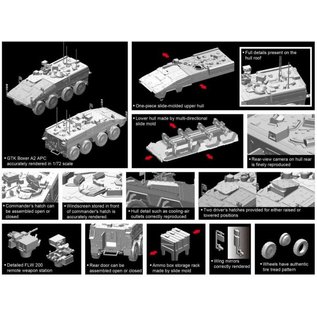 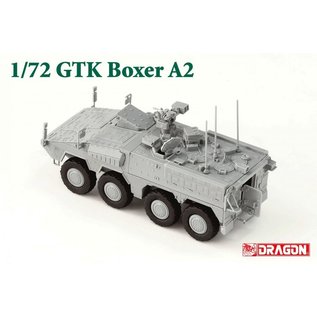 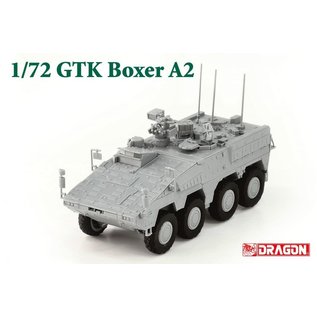 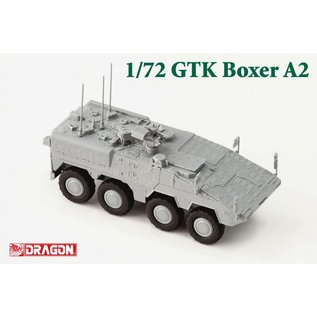 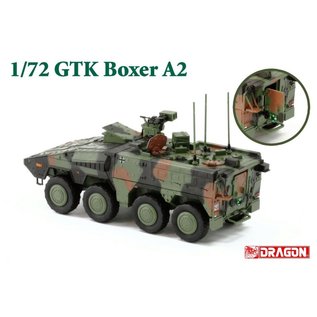 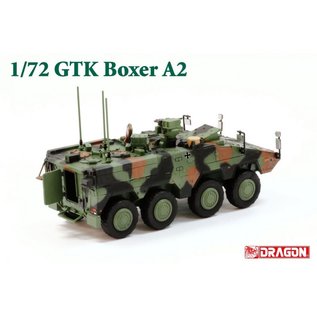 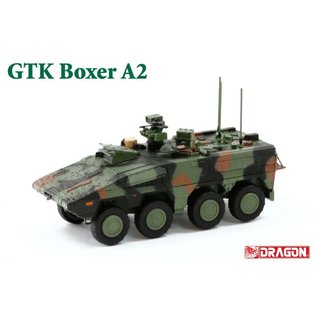 The Boxer is an 8x8 armored vehicle produced in Germany by ARTEC. Novel is the Boxer’s modular nature whereby interchangeable mission modules can be added to a foundational drive platform. In Bundeswehr service, Initial Boxers rolled out in 2009 were designated A0, followed by the main A1 production type in 2011, and then the A2 introduced in 2015. It’s a German armored personnel carrier (APC) variant that Dragon has chosen for its newest 1/72 scale Armor Pro model kit.

With a combat weight of 36.5 tonnes, the real-life Boxer is actually an enormous vehicle, and its mass is perfectly captured in this 1/72 scale model. Indeed, this Armor Pro kit of a Boxer A2 8x8 APC is immaculately produced. It thus features a roof-mounted FLW 200 remote-controlled weapon station mounting a 40mm automatic grenade launcher. Detail levels on this Boxer 8x8 are phenomenal, yet parts are carefully engineered to ensure that assembly is easy and smooth, an example being the one-piece slide-molded upper hull. Most significantly, this is Dragon’s first ever kit of the Boxer, something that fans of modern AFVs will be thoroughly pleased about. Dragon’s exciting Boxer has truly entered the ring!