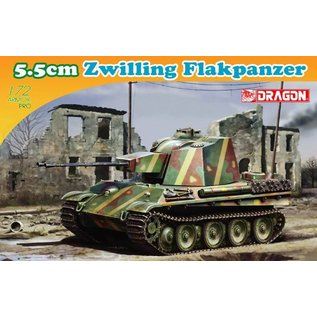 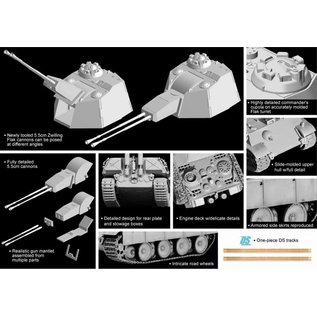 The Luftwaffe was numerically outnumbered as WWII progressed, with the Fatherland and tactical units constantly being bombed and strafed by enemy aircraft. This called for more effective antiaircraft systems than Germany hitherto possessed. A new vehicle was planned – the 5.5cm Zwilling Flakpanzer V – though like the Flakpanzer V “Coelian”, it was never put into production. Development of the twin-barrel 5.5cm Zwilling was authorized on 8 May 1944 and it featured a special Krupp armored turret weighing 9.06 tonnes mounted on a Panther Ausf.G chassis. The antiaircraft vehicle would require a four-man crew and carry 104 ammo rounds. A wooden prototype turret was completed by January 1945, although further development of the 5.5cm Zwilling Flakpanzer V was eventually cancelled on 14 February.